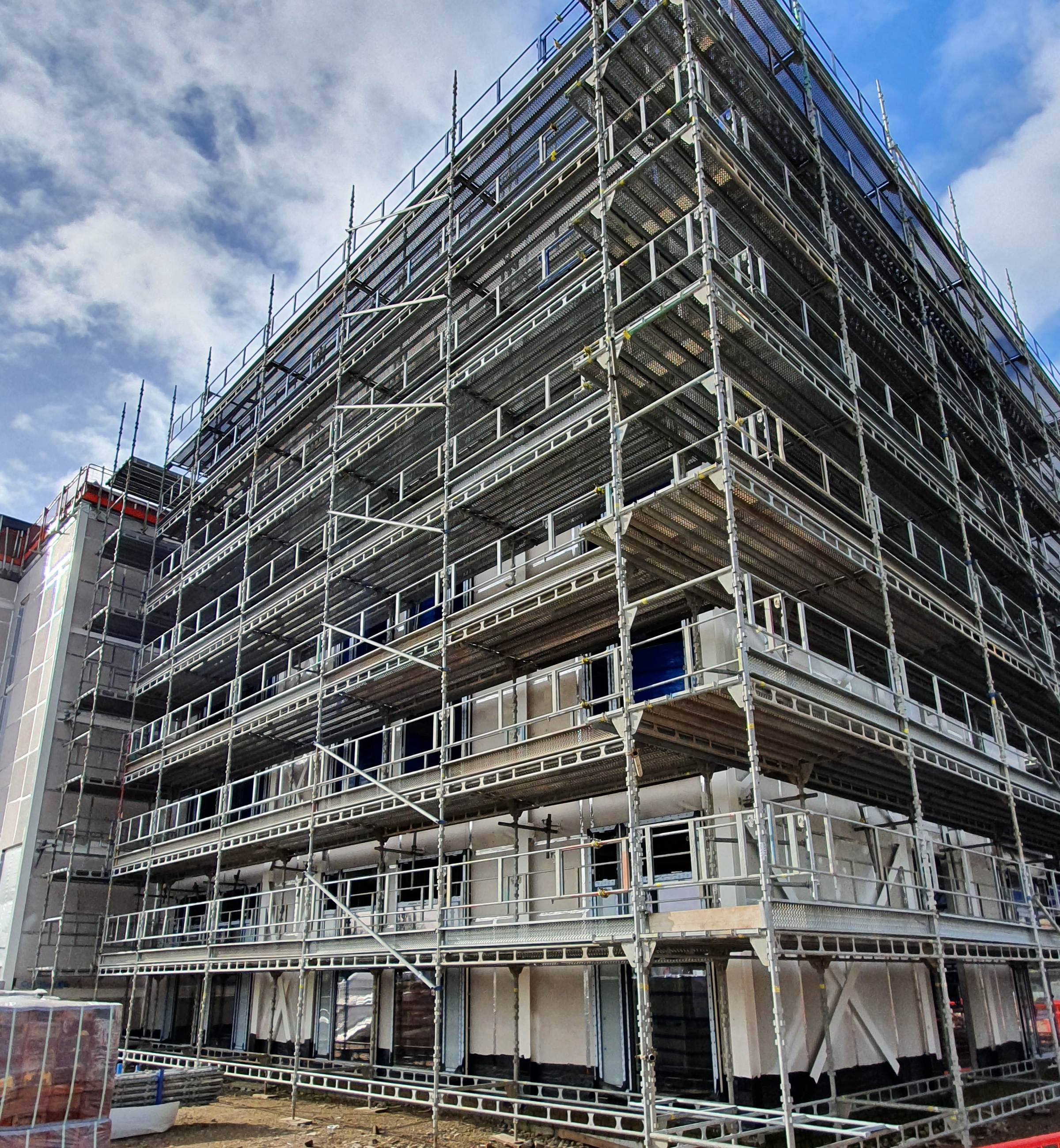 The old saying that the devil’s in the detail can be particularly relevant to scaffolding projects. Getting the basics right saves costs and drives up profit.

UK System Scaffold Hire’s work with H&H Contract Scaffolding on the impressive expansion project for Arts University Bournemouth is a case in point.

On the face of it, it was a pretty “standard” project - albeit on a huge scale, providing the scaffolding for the construction of no fewer than eleven blocks to provide 14,000m2 of new academic buildings and accommodation for 300 students at the University’s Wallisdown campus - and UKSSH’s involvement was “simply” to supply a large quantity of Haki Universal System Scaffold – but that didn’t stop Andy Thomas , MD of H&H Contract Scaffolding saying that he still experienced the “UKSSH difference”.

“UK System Scaffold Hire made a substantial contribution to the success of the project and helped to control costs simply by getting the basics right – it may sound like damning with faint praise, but in our experience their attention to detail sets them apart from other hire companies.

“Every site poses its own challenges – in this case it was the need to break down deliveries to two separate entrances. Steve Huntley of UKSSH spent considerable time on site to understand the logistical requirements and arranged for deliveries to be banded in stillages, so that all components for, say, loading towers stayed together. He even came up with the idea of creating a compound which exhibited UKSSH’s products so that new scaffolders to the site could familiarise themselves with erection procedures before beginning work.”

As scaffold contractors, the greatest cost on any job is the wage bill for skilled scaffolders – and the greatest drain on profits is the amount of down-time when highly trained scaffolders are waiting for the right materials to be delivered. On a project the size of UAB, the impact of poor logistical management is huge.

UKSSH understand the need to deliver base jacks on the first delivery, they understand the importance of adhering to delivery schedules – and when the components do arrive on site they are in good working order. It’s a commitment to service that differentiates UKSSH from the competition and helped us to hit deadlines and control costs.

It’s difficult to put a precise cost against the benefits, but on a project like AUB the savings can easily amount to well over 500-man hours.