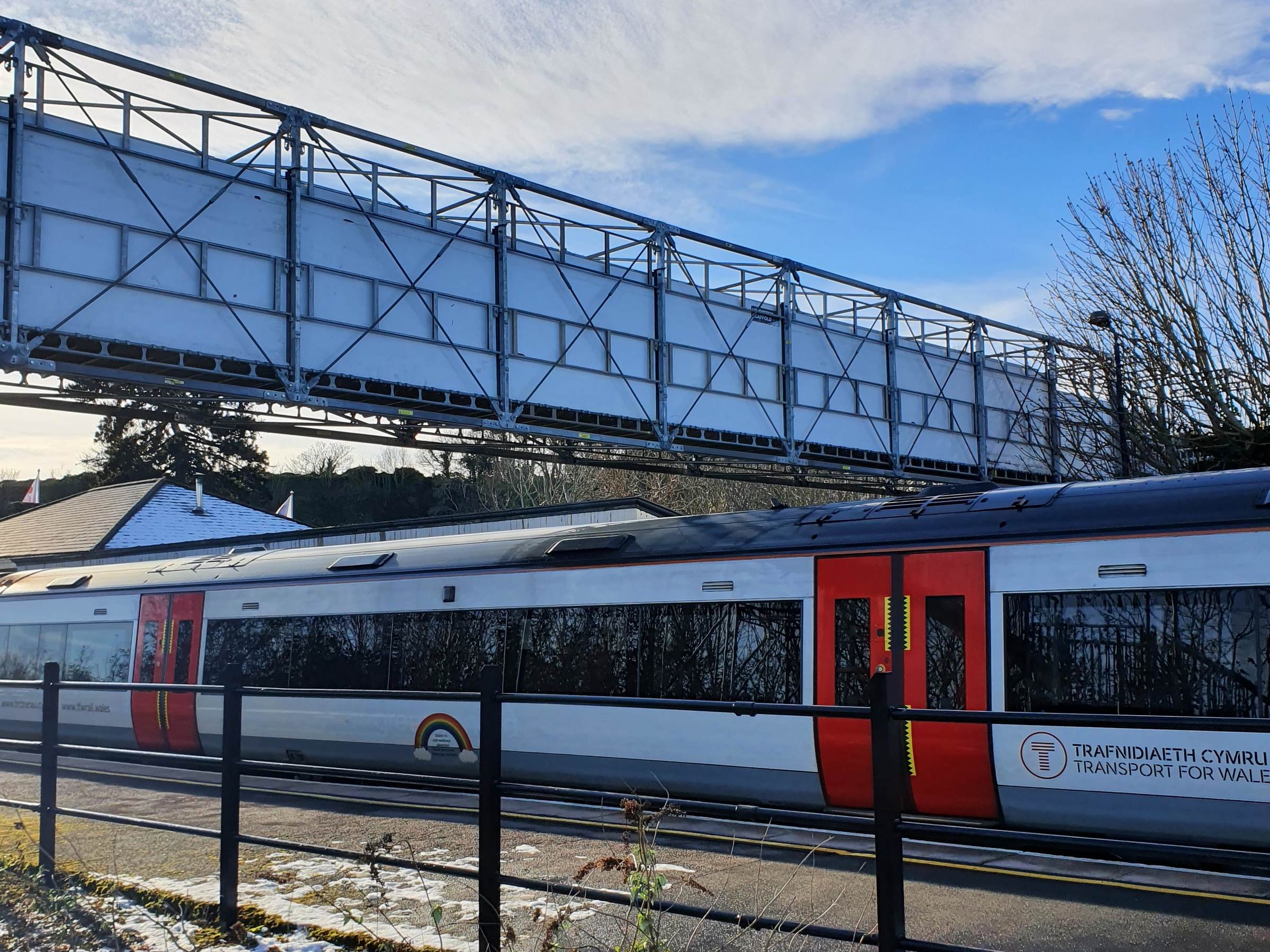 The old saying that a picture is worth a thousand words may be correct most of the time, but there are a few occasions when a photo can only tell half a story.

By UK System Scaffold Hire standards, the photograph of the finished product at Chepstow Railway Station looks relatively unremarkable: UKSSH has developed a reputation as the “go to” specialists for temporary footbridges and public access staircases and this looks like yet another tidy example of a fully compliant solution delivered on time and on budget.

What the photograph will never convey are the many unusual challenges that the project provided for UKSSH and for their client MAC Scaffolding. The project was always going to be challenging: Because of the extremely limited trackside space, the public access staircases for the bridge had to be built outside the immediate confines of the platform (where space was still at a premium).

This meant that, despite crossing just two lines, the bridge to connect the two staircases was 22.5 metres long. To minimise disruption and optimise space, the bridge was built in the station carpark, using a 0.5 metre high Haki system birdcage as the base for the build. The bridge was then craned into position onto the stair towers in just one and a half hours during a Saturday night-time possession.

Ray Luscott, MAC’s Project Manager for Chepstow Station says that while the challenges were unusual, they were by no means unique - but they did place an emphasis on the importance of working with companies who share a “can do” attitude: “At the end of the day, the project has to be delivered on time, on budget and in full compliance with the strictest safety standards. On projects like the one at Chepstow station that can only be achieved by working with suppliers who are committed as you are to the success of the project. UKSSH worked closely with us when we tendered for the work and their on-site support throughout the project was invaluable in solving each new challenge as it arose”.