UKSSH provide the most effective solution to protect your construction site, creating a comfortable and safe work environment in any type of weather.

Haki Temporary Shelters create the perfect controlled environment for outdoor projects where temperature or humidity control is essential or where hazardous materials need to be contained. 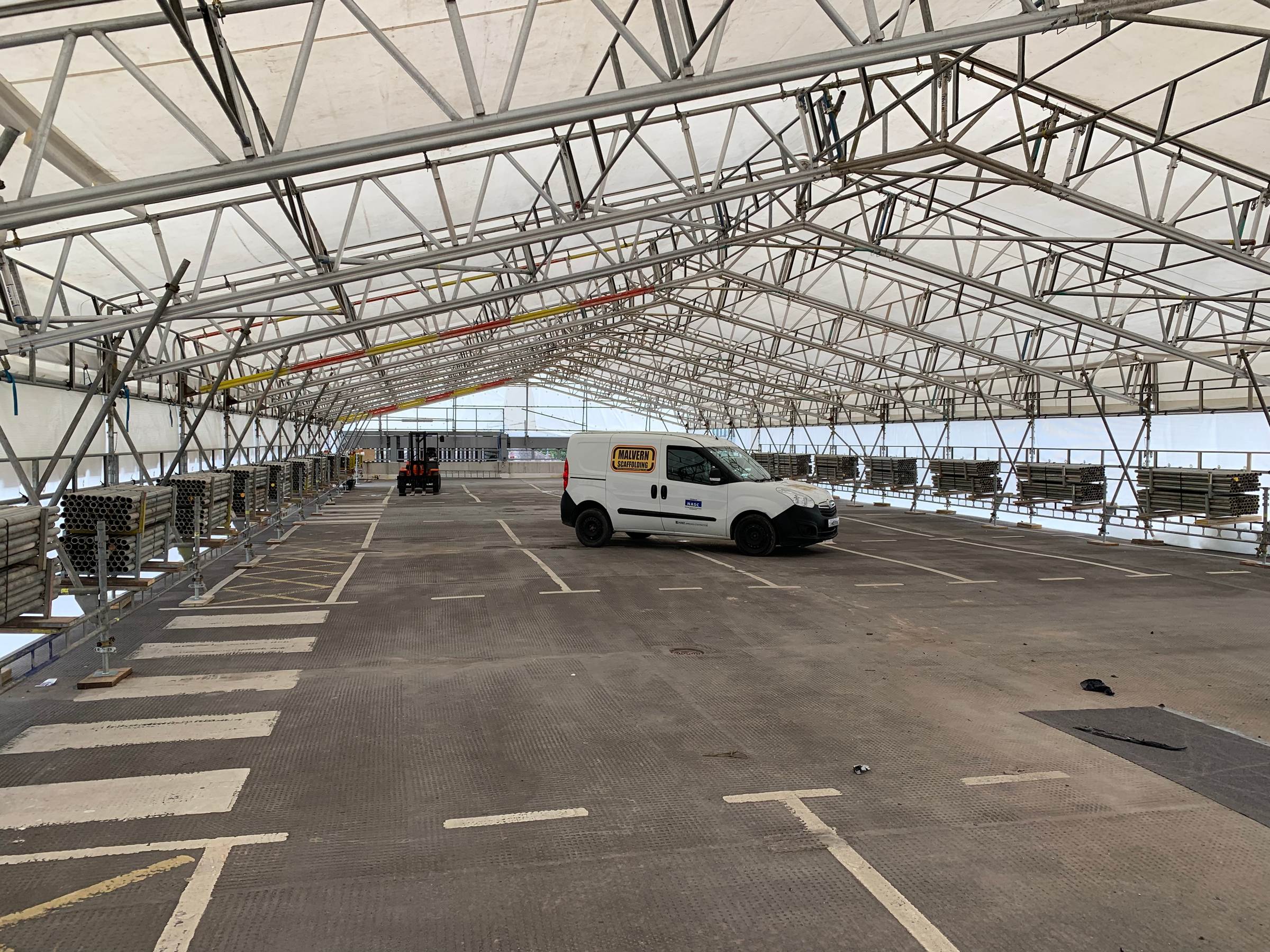 Re-surfacing work on a roof-top shopping centre car park might seem a simple operation but it can present some major challenges – not least a complete encapsulation involving some 2,500 sq. metres of lightweight covers... that’s equivalent to 13 full size tennis courts!

Securely tying down these shelters involved complex discussions with scaffold designers, structural engineers, scaffold contractors and specialist subcontractors to design six separate shelters and not only ensure that the roof would accept the kentledge load, but that the shelters lined up with the falls to the new drains and that some of the shelters could be bolted to existing steelwork on the parapet.

UKSSH worked with Malvern Scaffolding who are experts in the temporary shelter field and hold stocks of the Haki 750 shelter system. For this project they designed a series of covers providing an internal workspace with a 14.6 metre clear span.

The various methods of anchoring and kentledge packs were carefully designed and executed.

Throughout the negotiation period Malvern kept key suppliers UKSSH in the loop as it was likely that the bulk of the cover system would have to be hired in for the job.

UKSSH were willing and able to invest in whatever stock was required for the contract.

Although originally working to an agreed four-week lead time, when this was halved to two weeks UKSSH swung into action and came up with a "just in time" schedule to keep the job rolling along.